Got a bad fuel injector on your trusty ol’ Ford E-250? This tutorial is for you. Replacing the fuel injector in other cars can be a difficult and complicated project, but Ford made it so easy for the E-250. In fact, it’s so easy that you can do it at home. 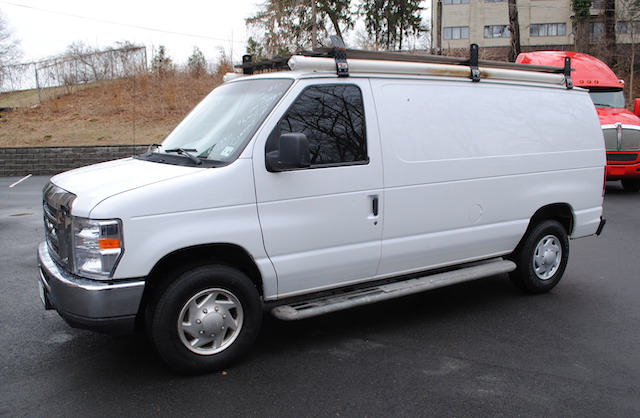 The Consequences of Not Replacing a Bad Fuel Injector

While a bad fuel injector won’t render your van useless, it still puts a damper on your engine’s performance, fuel economy, and emissions. Fuel injectors exist to provide exactly the right amount of fuel to a cylinder. So when one of the fuel injectors in your van goes bad, the cylinder gets too much or too little fuel. That affects the emissions sensors, and the ECU attempts to compensate by altering the tune of the engine. The net result is poorer performance and fuel economy. You don't have to drive long at all with a bad injector before you've spent more on extra gas than it would cost to replace the injector.

This article has more information on what can go wrong if you don't replace a bad fuel injector: Everything You Need to Know About Fuel Injectors

What to Get First

Obviously, you need to get a replacement fuel injector before starting the job. You can buy an OEM fuel injector from either a Ford dealership or a reputable online seller (like us – we offer wholesale prices for genuine OEM Ford fuel injectors.)

As long as you have a 8mm ratchet wrench, you should be able to complete this job pretty quickly. The process basically involves removing the fuel rail and then changing the fuel injector(s). That’s all. Here’s a more detailed list of steps:

There are several bolts on each side of the upper intake tubing. Remove all of the bolts and then gently pull up the entire part. You should be able to see the fuel rail underneath. 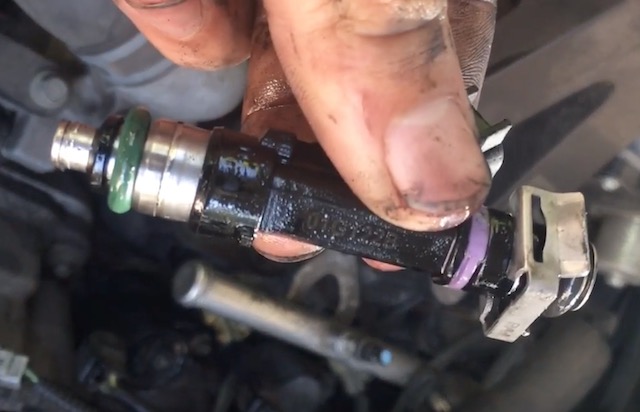 Take a look at the injectors, which sit underneath the fuel rail, and then find the bad one. To remove the bad injector, twist it around until the clip disengages. Save the clip for the new injector.

4. Reinstall Everything in the Reverse Order

However, don’t bolt the upper intake tubing back in place yet.

When you install the new injector, make sure it’s clipped on properly and seated all the way in. Otherwise, fuel will leak.

With the hood still up, start the engine. Look at the new fuel injector, fuel rail, and everything else to make sure that gas isn’t leaking out. If everything looks good, you can reinstall the upper intake tubing and then you’re good to go.